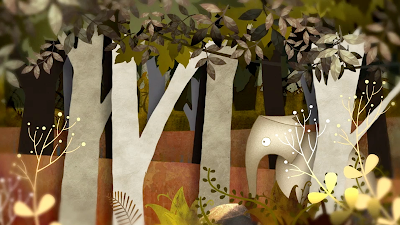 Sc 041 Walking through the woods 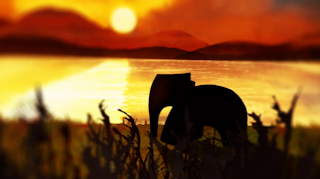 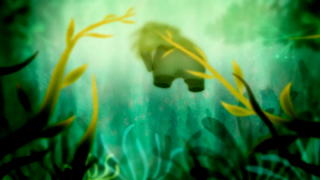 So there was a huge gap in the production between 2001 and 2010.
I finished the animation & clean up, planning to finish the film as a minimal pencil lined drawn animation in 2001. After completing the film according to that plan..., I realized that it was missing a lot of visual explorations that I originally planned for. So I decided Not to call it done, and continued to develop the new art direction..., expecting to delay the production about a year... well, who knew that would end up stretching to over 10 years...

Now looking back, I would have been happy to leave the look the way it was with just simple lines and hints of tones and shades here and there..., but I thought that I had to keep trying to find 'the look' that I was looking for. I am honestly not sure what would have been the wiser choice. I was young... I had to try if I wasn't completely satisfied with the film. (r...ight?)

Unfortunately (& very fortunately), my professional career had kept me quite busy since then. I had a full-time teaching job (4 classes per quarter, 4 quarters a year), AND almost full-time regular freelance jobs on the side from 2001 to 2007. Happy complaints...! But when I had the commitments to others, of course my project got pushed down to the bottom of my priority list. After having wonderful years getting good experience in the commercial studios and teaching in MN, Todd & I moved from Minneapolis back to LA in 2007. Settled in LA, studio projects had kept me busy (most of time, I worked double shifts on projects, while I taught at Calarts & CSULB part-time, so my schedule wasn't that different from my previous years.

During these years, it was very hard to find time for my film. (few weeks every other year, or if I got lucky, a few months every 3 years or so. I remember working on the animation fixes on 2003 & 2006, then picking up again in 2010 (production on hold on other years).

Then bad economy crisis hit Hollywood too.  Things had dried up pretty badly for me in 2010, and I didn't have much 'paid-projects' to work on. Good & Bad: Bad for the obvious reasons, and Good... I could finally get back to the 'Ahco'.

So here we go again...
The samples from the next posting (above) are made after waking up from my long hibernation... in 2010.
The production was still slow, since I had day-jobs, and I was mostly using nights and weekends, but my mind was set to complete the film this time around, no more holds.
Posted by Soyeon 'Dottie' at 4:32 PM

Today, I finally took the 'courage' to go over to the garage, and cleaned up thousands of Ahco drawings (layouts, keys, roughs, in-betweens, clean-ups, & notes...) I saved several shots just as souvenir, but after carrying them around for 15 years, I think that it's time to let them go.

I trashed most of the roughs several years ago, so I think that I had almost twice more folders and papers for Ahco than what appears in the pic below. 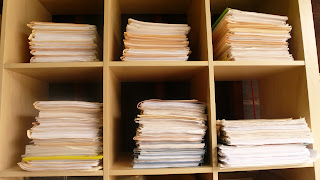 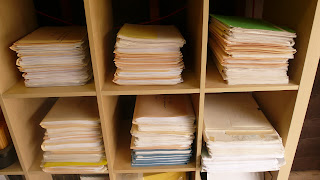 They are all packed up nicely for the recycle bin. Perhaps they will come back as nice clean papers for my next project. Until then, thanks guys for the wonderful memories... 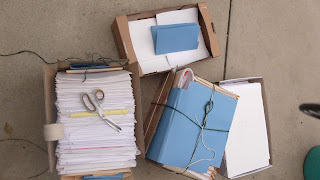 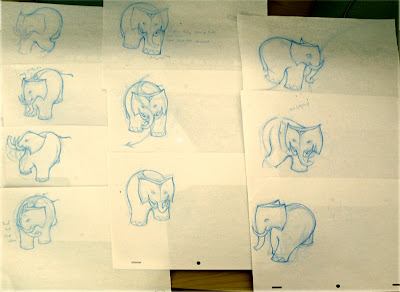 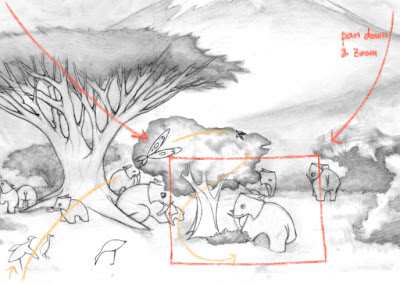 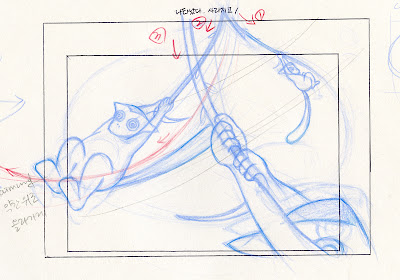 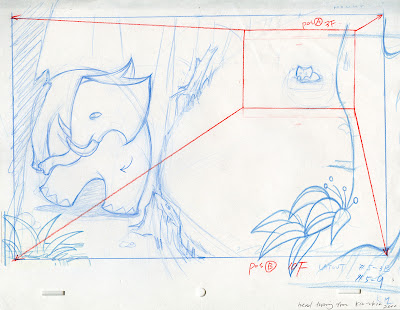 Here are some samples of layouts from 'Snake' sequence.
It was designed to be purely based on visual tricks & plays (transforming, metamorphosis, and other magical transitions...) 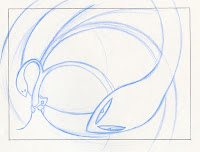 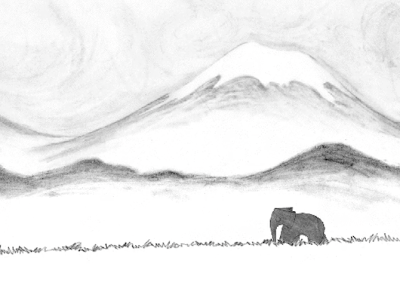 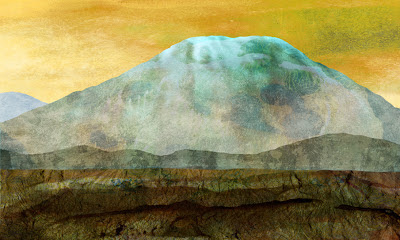 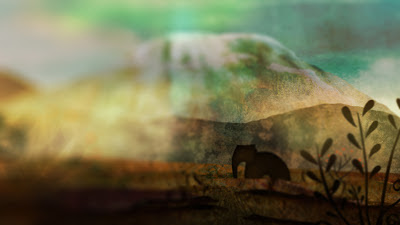 I've tried several other techniques: each technique had its pros and cons...
I wanted the elephant character to have very subtle & minimal movements, while lemur & crocodile to have very active and dynamic ones...
So after years of numerous tests... I decided to go with the Drawn technique, where I had the full control over... how to make them move: rigid vs flexible, slow vs fast, etc...

Here are 2001's style frames.  There were more art direction/ design tests after the technique was finally chosen, however, these ended up being closest to its final art direction. (check the next posting for it's final look!) 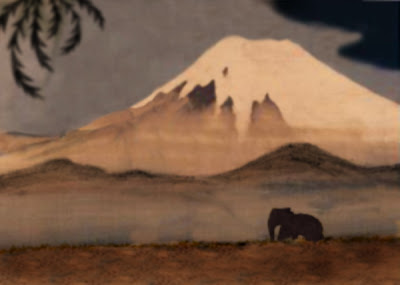 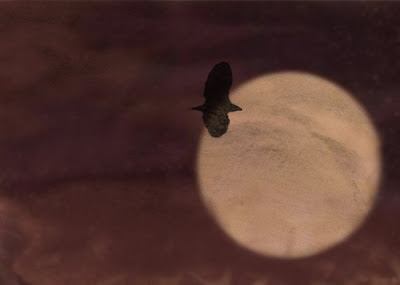 So the animation technique was set to Drawn technique, yet I wanted to explore more art styles: color schemes, coloring methods, and textures etc... I always wanted to apply woodcut look to the film, (and with Todd's suggestion) so I tried a digital mock-up for the test. 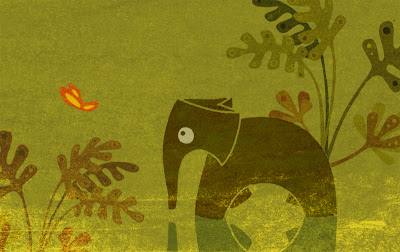 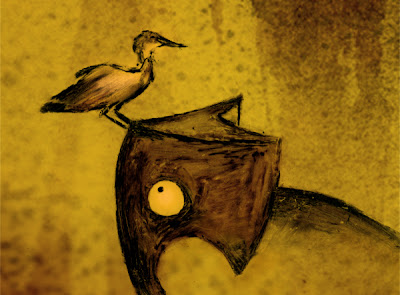 Style frame: Paint-on-Glass (Above)
Pics from 16mm test footage (Below) 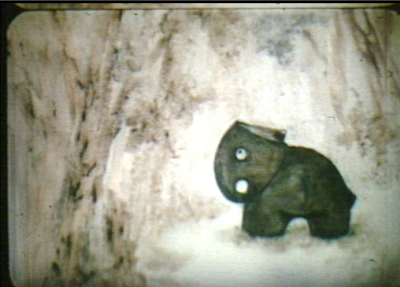 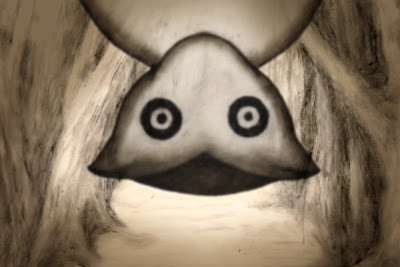 Exposure sheets
I used to plan acting for this direct under the camera technique
Posted by Soyeon 'Dottie' at 1:56 AM

There were many art directions and techniques that were tested for the film.

Here are some images from the Cut-out 'Mookey' (lemur character) & Sun, that I tested in 1999. 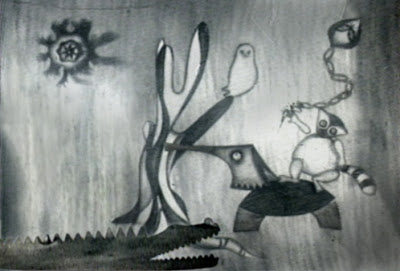 Image from the animation test
Posted by Soyeon 'Dottie' at 1:55 AM

I was planning to put only some samples of the boards, but decided to put the whole thing, since it contains two sequences from the original concept: Snake & Forest Fire sequences, that were cut out.  Snake sequence doesn't add much to the story, but it was designed to be the most surreal & experimental sequence, using visual tricks: my personal favorite, but had to be cut out, since based on this original plan..., the film would have been 20 minute long... 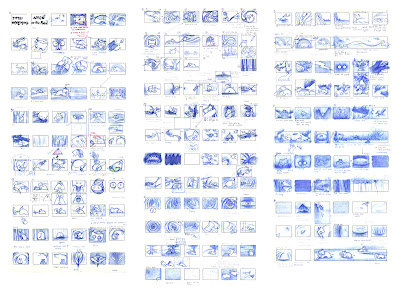 I made this illustration in 1997, as the first Vis Dev piece for the film.
My first two films were done in drawn/cel techniques, so I wanted to try something different for this one, which was cut-out puppet technique.

Black and White color scheme with symbolic & surreal shapes, patterns, and atmosphere for the environment. Since then, there have been so much changes in the art direction and techniques during the last 15 year production..., though. 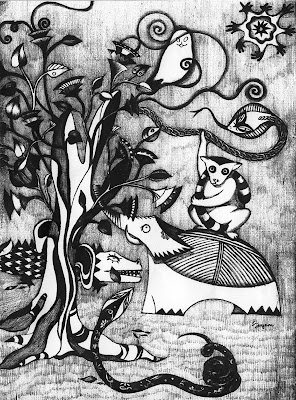 1997 version of early character development: turn arounds & comparison charts
The entire snake sequence had to be cut out, although they are my favorites! 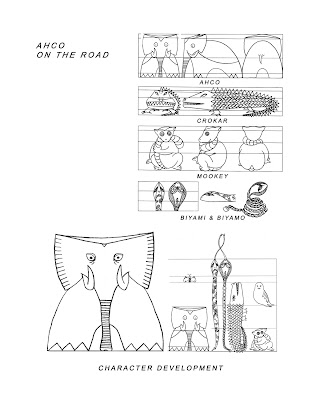 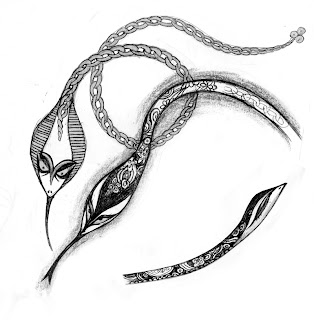 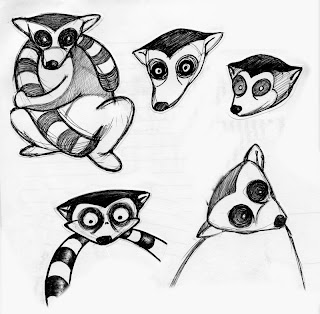 Even though I had strong interest & desire to study animation, there wasn't any school that offered animation classes in Korea in the early 90s. So I went to the Art College and studied Painting, while I found every possible way to learn how to create 'moving images'. Gathering all information from all sources, I was able to make a few films, one of which is my undergraduate thesis project, 'Circus', 1996.

There was one sequence that I didn't get to complete due to the deadline of the thesis review. (I was shooting thousands of cels and papers under 35mm back then, so I could't simply 'add' afterwards.), which was the 'Elephant' sequence. 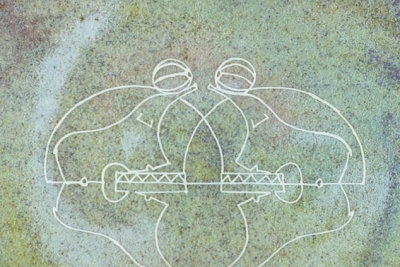 After graduating the school with Painting degree, I decided to pursue further study in Animation and prepared the applications for the graduate schools in US.

One of applications materials was the development of a new film.
As I mentioned in the previous posting... I found the note about the Cheetah brothers, while I was searching for a new idea for the next film. I watched a lot of documentaries for the research and found out that elephants (well, all animals in the wild life...) have the similar stories as the Cheetahs.
Predators, territories, love of the herds, and circle of life... etc.

Therefore, there was my concept of 'Life of an elephant'
Posted by Soyeon 'Dottie' at 12:11 AM

I had to work on 3~4 part-time jobs after graduating the college (to pay bills, and also had to save money to go to the grad school...), so it wasn't easy finding the time to make progresses on the film..., but I remember really looking forward to going home all day, to work on it.

Korean title that I started with in 97'

Sometime in the mid- 80's (I believe that I was in the junior-high school in Korea), I watched a documentary about the cheetah brothers... I started watching it expecting it to be a happy cuddly animal story, but it turned out to be very sad & tragic. Set on the African wild life, Cinematography was very beautiful and story was so powerful and unforgettable. I decided to write it down on my notebook after the show. This was around the time that I started developing my interest in moving images & animation art... although I don't think that I meant to make it as a film later.

However, over 10 years later in 1997, I was flipping through my old notebook and found this summary of the documentary. Who knew... this was just a beginning of my 15 year film production... 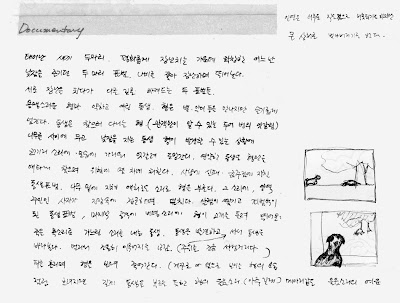 'AHCO ON THE ROAD' Production notes

As the release of my new film, 'AHCO ON THE ROAD' is only a few weeks away..., I plan on sharing the development and process of... this over decade-long production here...