Here are some sample design sketches & parts for the characters. 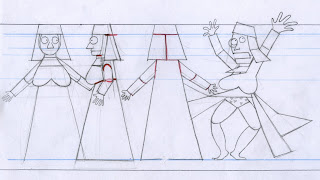 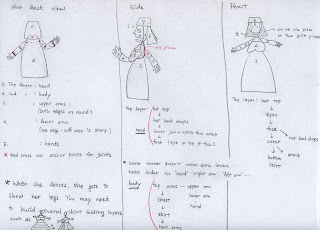 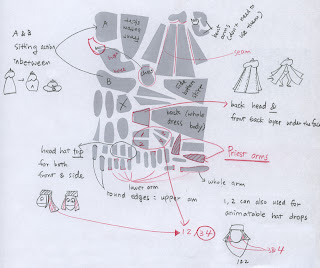 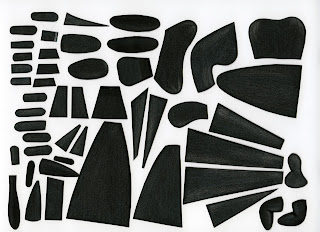 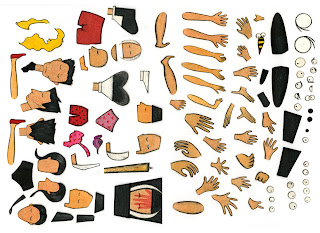 
Here are samples of the layout sketch, background artwork, and replacements for the door of the Church Entry Door shot along with the final composite still image from the movie. 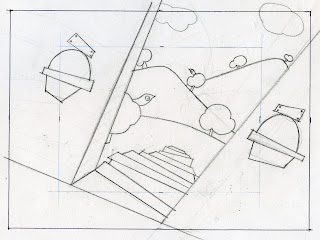 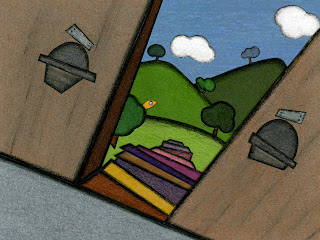 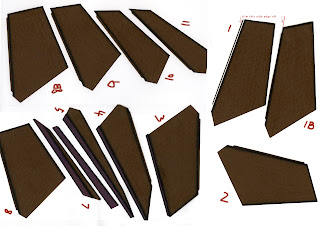 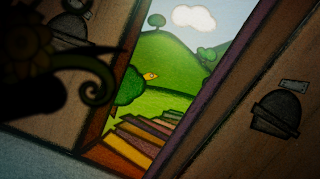 'Father and Sister': Background 1-Inside the Church 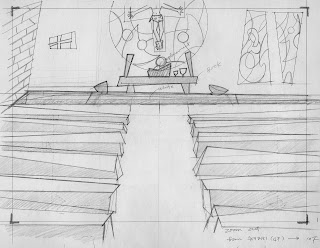 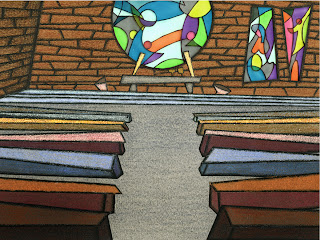 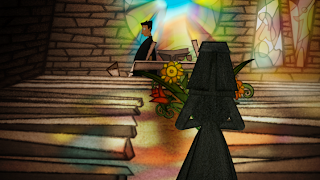 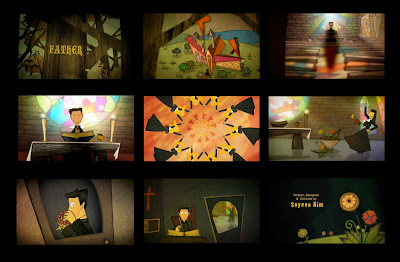 Back in 1999, I started to work on a short film with cut-out animation technique using actual paper puppets and parts. I had done more experimental films before, so my idea for this film was... something that I hadn't tried before: a comic cartoon. It was a fun process, yet operating the 16mm Oxberry camera for the first time, while moving hundreds of little paper pieces under the camera... was not that easy. I made some 16mm raw footage, and called it 'good enough for the experience'. Then I packed all these paper parts inside of a shoe box.

Years later, I found a dusty old shoe box at the corner of the closet. Inside, there were abandoned old puppets and artwork that never got to be shown. So I decided to give them another chance to see the world. I tried to keep the original idea based on 10 year old storyboards and plans (which ended up making things more difficult..., because in most of cases... I would have done things differently now.) I did change the the film process to digital, though: I scanned all the original paper parts, cleaned them up in Photoshop, then re-composited them in After Effects.

It was my side project for the last several years, whenever I had spare time outside of studio projects and teaching : sometimes a few weeks a year, and if I got lucky...a few more weeks.
Since the fall of 1999... carrying 1999's idea, design, storyboards through... its 2010 completion date... many many many days have passed by.
And finally, the film starts to be screened to the public through the film festival circuit.
Thanks to my crew, Amanda Nelson & Aaron Dabelow, my former students, who assisted me with the animation, and Spencer Dorn, who made the wonderful music for the film. And special thanks to my partner Todd Hemker, who help me with animation, compositing and editing as well as the support throughout this long... process.
Link to imdb

Soyeon's design samples for the Plant sequence: 'Cloudy With A Chance of Meatballs'-End Titles 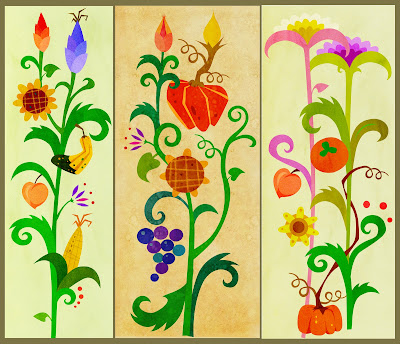 Here are the screen captures from the movie below 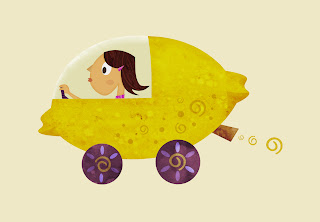 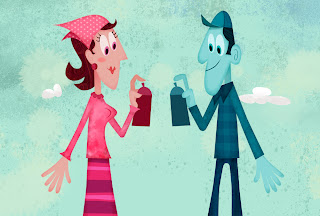 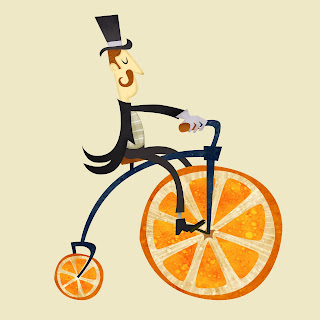 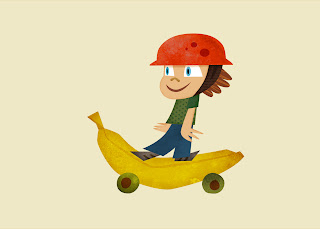 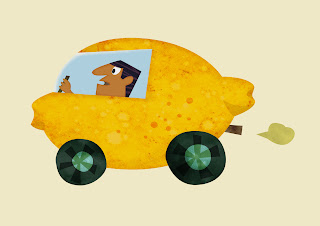 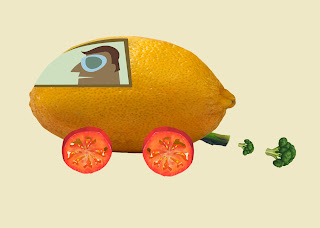 'Cloudy With A Chance of Meatballs: End Titles'

YELLOWSHED (Soyeon & Todd) co-directed the end titles for the Sony's animated feature film, 'Cloudy With A Chance of Meatballs.

More information can be found links below:

'Cart Talkers' illustrations that I worked on for the Frito Lays (Agency: The Marketing Arm) won the 2009 American Graphic Design Award sponsored by Graphic Design USA magazine.
The 2009 award results are featured in December 2009 issue of GD USA magazine. My name is listed on the page... 220! 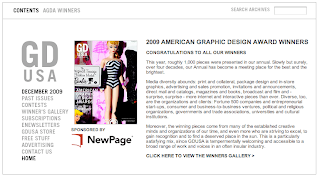 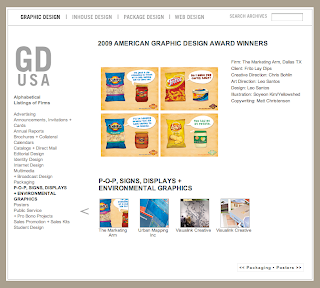 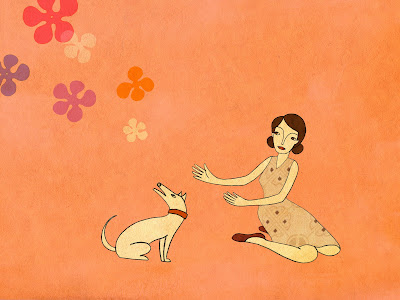 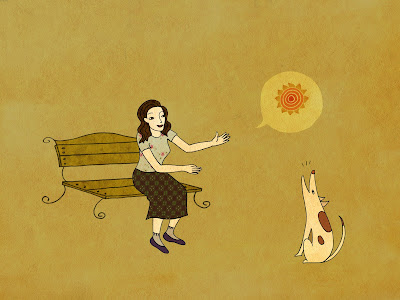 Illustrations by Soyeon
story about a woman, sending her love to her husband... 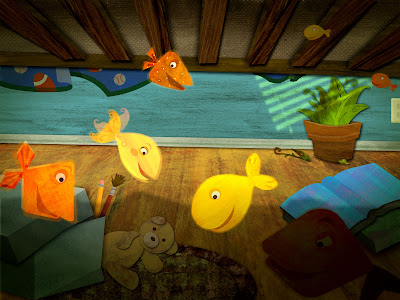 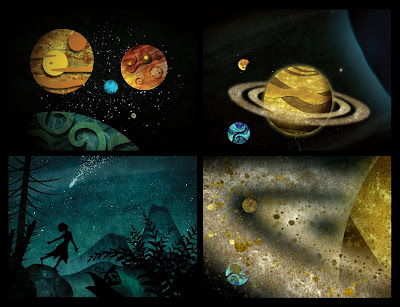 Here are storyboard panels that I made for the 'Planetarium' 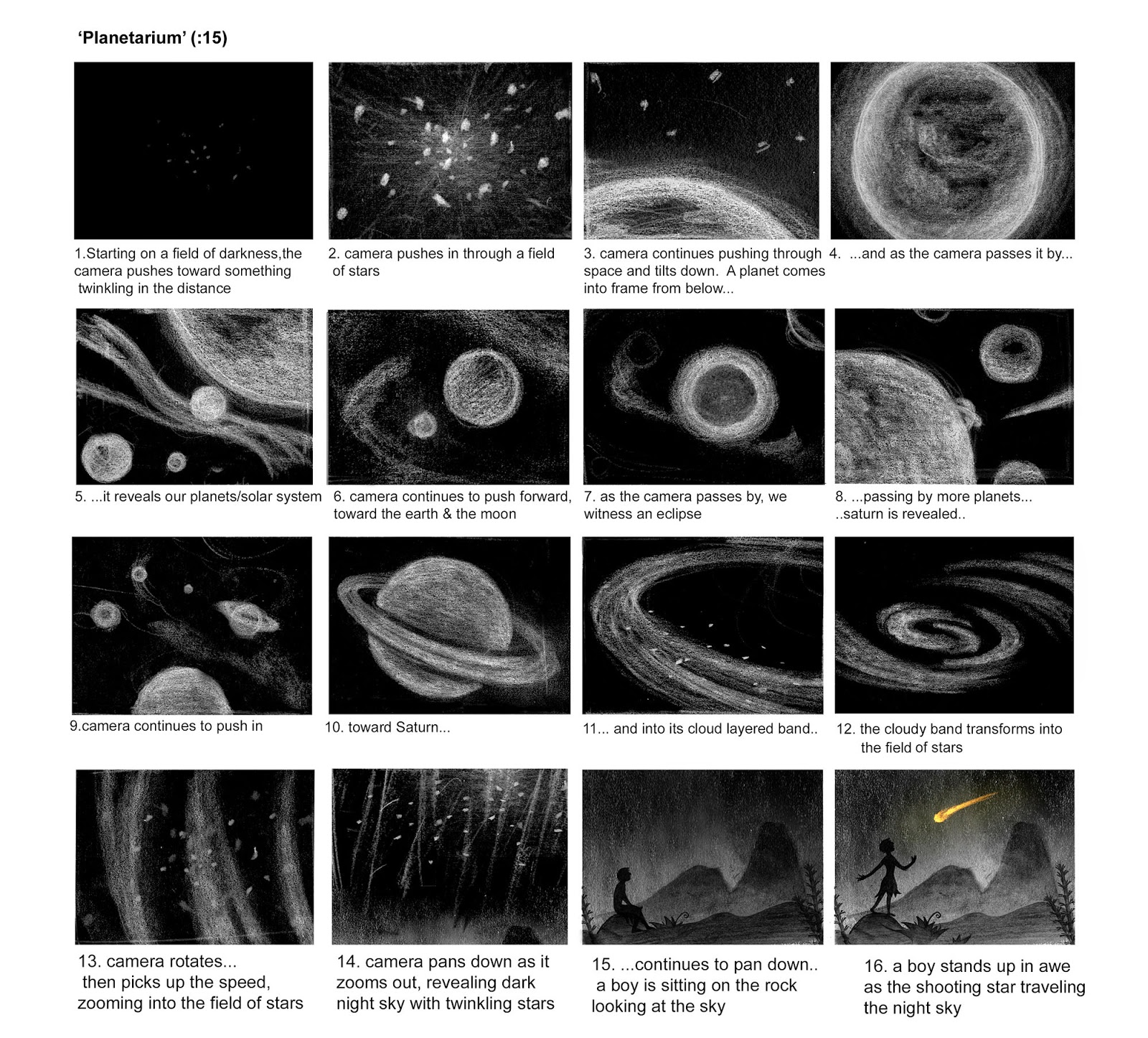 You can view the clip under YELLOWSHED website under Animation 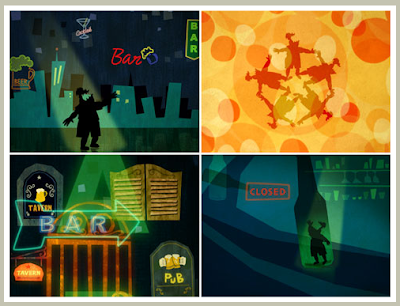 I designed, animated and directed the opening titles of the PSA campaign for California State University Long Beach.
Images were created in Illustrator & Photoshop, with mixture of hand-painted textures, then motions were created in After Effects. 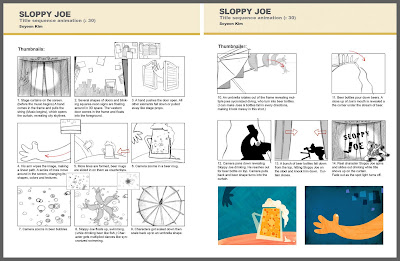 Process: Character was re-designed to match the graphic style of title sequence based on Aubry's original character design. Textures were hand-painted using acrylic and watercolor, applied into photoshop file. Then, all elements were imported in Adobe After Effects in 3D space. Joe character was animated in After Effects as well as jointed puppet.
Last shot of 2d hand drawn animation was done by Aubry: re-use of Sloppy Joe's drinking shot from the main sequence.


Here is an image I made for the Sloppy Joe website: link to the crew image (of myself) 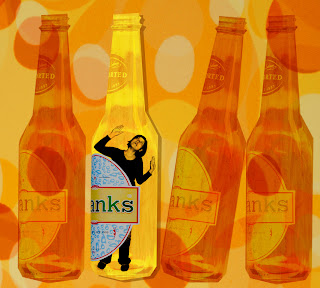